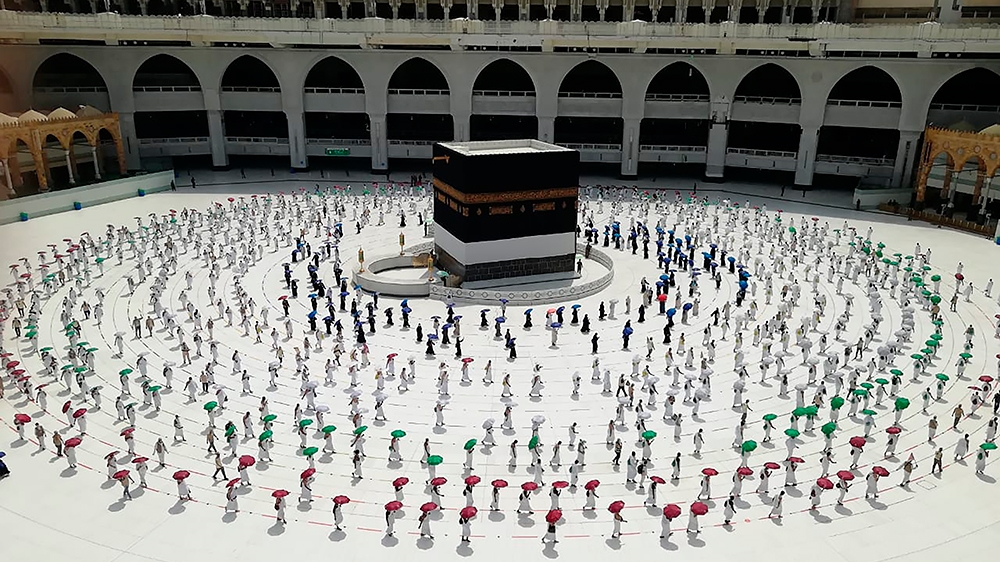 Hajj – the annual Muslim pilgrimage to Mecca – has begun, but under dramatically different circumstances due to the coronavirus outbreak.

One of the five pillars of Islam, the Hajj is required for all Muslims who are physically or financially capable of undertaking it at least once in their lifetime and is usually one of the world’s largest religious gatherings.

But this year, only up to 10,000 people already residing in Saudi Arabia will participate in the five-day pilgrimage, a tiny fraction of the 2.5 million pilgrims from around the world that attended last year.

“There are no security-related concerns in this pilgrimage, but [downsizing] is to protect pilgrims from the danger of the pandemic,” said Khalid bin Qarar Al-Harbi, Saudi Arabia’s director of public security.

Pilgrims will be required to wear masks and observe physical distancing during a series of religious rites that are completed over five days in the holy city of Mecca and its surroundings in western Saudi Arabia.

Those selected to take part in the Hajj were subject to temperature checks and placed in a short quarantine ahead of the rites beginning on Wednesday.

Workers, armed with brooms and disinfectant, were seen cleaning the area around the Kaaba, the structure at the centre of the Grand Mosque draped in gold-embroidered black cloth towards which Muslims around the world pray.

Touching or kissing the Kaaba, the holiest site in Islam, is banned this year. All pilgrims must also maintain a physical distance of 1.5 metres (five feet) during prayers.

Hajj authorities reported setting up multiple health facilities, mobile clinics and ambulances to cater to the pilgrims. The foreign press is barred from this year’s Hajj, usually a huge global media event, as the government tightens access to Mecca.

Saudi authorities initially said only some 1,000 pilgrims residing in the kingdom would be permitted to perform Hajj, but local media reports say as many as 10,000 will be allowed to take part.

Some 70 percent of the pilgrims are foreigners residing in Saudi Arabia, while the rest will be Saudi citizens, authorities said.

All worshippers had to undergo a coronavirus test before arriving in Mecca and will also have to quarantine after the pilgrimage as the number of cases in the kingdom nears 270,000 – one of the largest outbreaks in the Middle East.

They were given elaborate amenity kits that include sterilised pebbles for a stoning ritual, disinfectants, masks, a prayer rug and the “ihram”, a seamless white garment worn by pilgrims, according to a Hajj ministry programme document.

“I did not expect, among millions of Muslims, to be blessed with approval,” Emirati pilgrim Abdullah al-Kathiri said in a video released by the Saudi media ministry.

“It is an indescribable feeling… especially since it is my first pilgrimage.”

The Hajj ministry said non-Saudi residents of the kingdom from about 160 countries competed in the online selection process, but it did not say how many people applied.

Some disappointed applicants have complained that the government-run lottery was not clearly outlined and that no reason was given for their rejection. 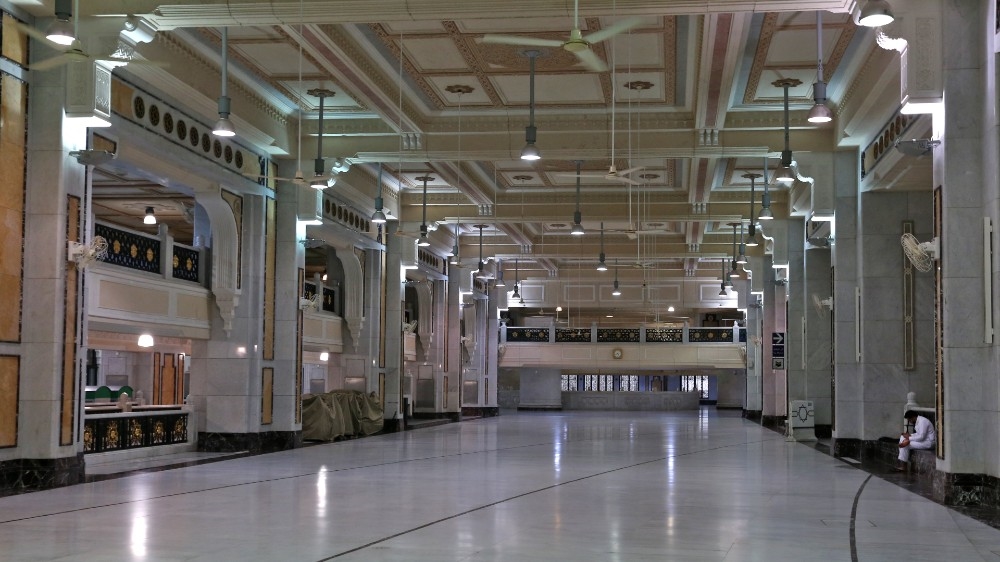 The virus has also battered pilgrimage-reliant businesses that support hundreds of thousands of jobs in Mecca, from travel agents to street barbers and souvenir shops [AFP]

The government scaled back the pilgrimage because it could be a major source of contagion, but the move will deepen the kingdom’s economic slump, analysts say.

In normal times, it is estimated the pilgrimage contributes $12bn to Saudi Arabia’s gross domestic product (GDP) each year.

Already facing a sharp downturn in oil prices due to a collapse in global demand driven by coronavirus lockdowns, Saudi Arabia has instituted austerity measures, including the tripling of a value added tax and cuts to civil servants’ allowances.

The virus has also battered pilgrimage-reliant businesses that support hundreds of thousands of jobs in Mecca, from travel agents to street barbers and souvenir shops.

The International Monetary Fund expects the kingdom’s GDP for 2020 to contract by 6.8 percent as both the pandemic and slumping oil prices take a toll.

14 killed in attack on village in central Nigeria | News

Why are environmentalists being murdered? | Environment