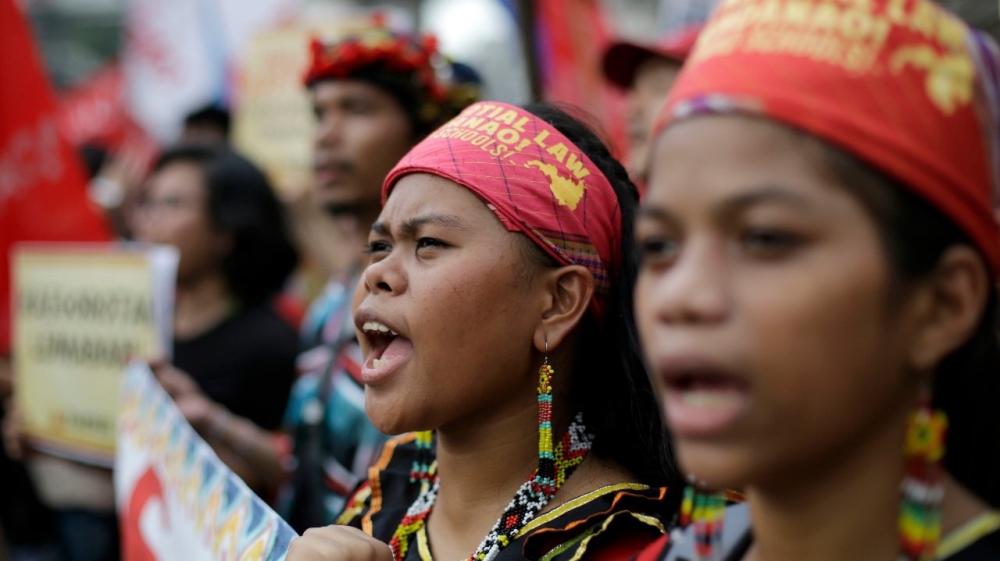 At least 212 people were killed last year while defending their land from being taken over by industry, Global Witness said on Wednesday, the deadliest year since the advocacy group began compiling data in 2012.

More than half the killings were in Colombia and the Philippines and indigenous people made up 40 percent of the victims, the British-based group said in its annual report. It was a significant rise on 2018, when 164 killings were recorded.

The threat from mining and large-scale agriculture caused the most number of deaths, with these sectors also responsible for worsening climate change impacts, Global Witness said.

“Insecure land tenure, irresponsible business practices and government policies that prioritise extractive economies at the cost of human rights are putting people, and their land, at risk,” said Rachel Cox, a campaigner at Global Witness.

“Land and environmental defenders play a vital role in protecting climate-critical forests and ecosystems. When they take a stand against the theft of their land, or the destruction of forests, they are increasingly being killed.”

Latin America accounted for more than two-thirds of all victims last year, with Colombia the deadliest country of all, with 64 killings.

In Asia, the Philippines had 43 killings compared to 30 the previous year, with six in India, three in Indonesia and one in Cambodia, according to Global Witness.

Many more were attacked, arrested, threatened and sued, said Global Witness, which recorded killings in 21 countries.

In the Philippines – which was the deadliest country in 2018 – “relentless vilification” of activists by the government and impunity for attackers may be spurring an increase in killings, it said.

According to a UN report earlier this year, the killings of female human rights defenders in Colombia increased by almost 50 percent in 2019 compared to 2018 [File: Ernesto Guzmán Jr/EPA]

In recent months in the southern island of Mindanao, where many of the killings occurred, land rights activists were accused of being communist rebels, and targeted by government troops.

At least 119 activists and farmers have been killed since Duterte took office in 2016, according to Global Witness. Local campaign groups put the figure at about 200.

Among those who were killed in 2019 were hemp farmers Randel Gallego and Emel Tejero.

The government said that the two were members of the armed communist rebels, New People’s Army. But a Mindanao indigenous rights group, Barug Katungod (Stand Up For Your Rights), said the two were unarmed civilians.

“For us working with Lumad (indigenous) communities, it really gets more dangerous every day,” Chad Booc, a community development leader and environmentalist in Mindanao, told Al Jazeera.

He said that the government’s “red-tagging”, the harassment of individuals by linking them to the communist rebels, has become “more rampant”.

“Under the terror law, us land rights defenders have become more vulnerable, especially now that the Duterte administration is raring to get foreign mining companies in,” Booc added.

The Duterte administration has designated the communist rebels a “terrorist” organisation, and said that they are legitimate targets because they threaten the security of the country.

Last month, dozens of United Nations experts called for an independent investigation into human rights violations in the Philippines, including the killings of farmers and Indigenous people.

“Governments around the world have used the crisis to strengthen draconian measures to control citizens and roll back hard-fought environmental regulations,” Cox told the Thomson Reuters Foundation.

“This a more worrying time than ever.”