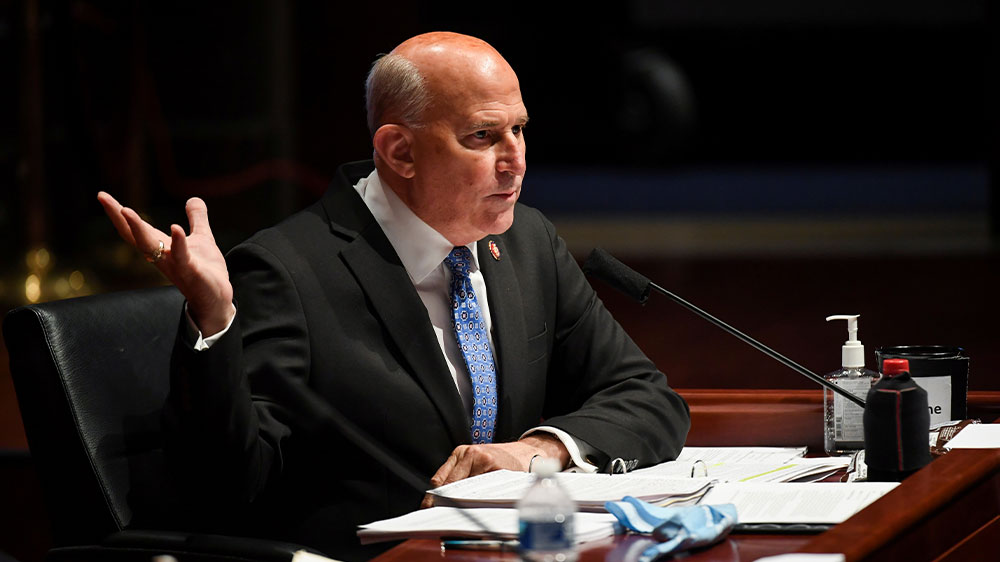 United States Congressman Louie Gohmert, who had resisted wearing a mask during the coronavirus pandemic, said on Wednesday that he has tested positive for COVID-19, raising concerns that other members of Congress may also have been exposed.

Attorney General William Barr, who testified to a committee hearing on Tuesday that Gohmert took part in, will be tested for coronavirus as a result, a Justice Department spokesman said.

A US representative from Texas, where coronavirus cases have surged since the state reopened, Gohmert said he tested positive in a pre-screening at the White House and would self-quarantine for 10 days.

“Now, I need to self-quarantine,” Gohmert said in an interview with Texas broadcaster KETK-TV. “It’s really ironic, because a lot of people have made a big deal out of my not wearing a mask a lot. But in the last week or two, I have worn a mask more than I have in the whole last four months.”

Masks, which health experts say help to prevent the transmission of the highly contagious virus, have become a symbol of the US’s bitter political divide, with some Republicans including Gohmert shunning them after President Donald Trump long refused to wear one in public.

In a Twitter posting on Wednesday, Nadler wished Gohmert a “full and speedy recovery”.

I want to wish ⁦@replouiegohmert⁩ a full & speedy recovery.

When individuals refuse to take the necessary precautions it puts everyone at risk. I’ve regularly instructed all Members to wear their masks and hope this is a lesson by all my colleagues. https://t.co/WstJuAW9BG

Democratic House of Representatives Majority Leader Steny Hoyer said he would consider having all House members tested as a result of Gohmert’s testing positive.

Nearly 150,000 people in the US have died of coronavirus, and almost 4.4 million have tested positive, according to a tally by the Reuters News Agency. Infection rates have begun to soar in recent weeks as states lifted restrictions on social gatherings and travel intended to slow the virus’ spread.

Several members of Congress have been diagnosed with COVID-19, and all have recovered.

Republican Rand Paul in March became the first senator to contract the disease, and faced criticism from his colleagues after spending time walking maskless around the Capitol, even using its gym, while waiting for test results. After recovering, Paul, a physician, shunned a mask, arguing that he is now immune. Other medical professionals have said it is unclear whether a person can contract COVID-19 a second time.

Gohmert said he would now wear a mask, but when asked about mask policies, said, “If somebody feels strongly that everybody should wear a mask then they shouldn’t be around people that don’t wear masks.”

COVID: US schools open or not, students of colour bear the brunt | News