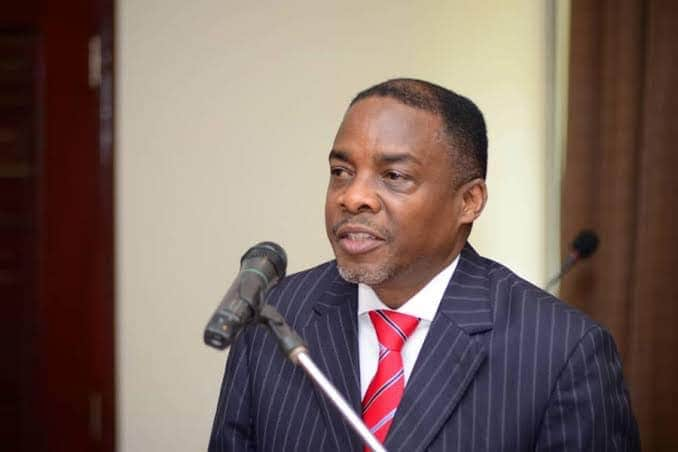 The property raw between Karim Hirji and his step children is not over.

Children allege that Masembe, Byaruhanga and Bitature colluded with their step father Karim Hirji to forge a will and subsequently converted through fraud Ziba Nanyonga’s (their mother’s) properties in London and in Kampala.

Children also allege that AG Byaruhanga and Counsel Masembe have been at the forefront of forging documentation for Mr. Karim, intimidating lawyers, and compromising judicial officials.

Children further state that Naddim and Kananathan who are privy to all illegal and fraudulent transactions on the estate are intimidated and threatened by the gang for fear they may spill beans.

In an escalation of the matter, Gen. Jim Muhwezi has come out to ask the Speaker of Parliament Rt. Hon. Rebecca Kadaga to assist the disadvantaged Karim Step children adding that he knows both the lawyers involved as legal mafias.

Gen Muhwezi, the decorated bush war warrior, former spy chief, Minister, and historical member of the NRM said that he is still perplexed by the manner Byaruhanga was appointed Attorney General given his dubious character.

He added that  Byaruhanga and Masembe are behind the decline in standards of the Judiciary because of their unprofessional conduct. “This i know! they started the culture of bribing judicial officers in order to obtain favourable judgements from court” he said.

The duo has been accused of grabbing several estates of the deceased including those of Kassami, Fairway and Jay.

Meanwhile, we’ve learnt that Gen. Muhwezi himself had his own bad encounter with AG. Byaruhanga.

It is alleged that in the 90s he contracted Byaruhanga of Byaruhanga and Kasirye Advocates to manage his property along William street.
While Byaruhanga collected Shs 170millions per month from the property, he underdeclared only Shs 60millions to the land Lord.

Muhwezi decided to terminate the management contract and what Byaruhanga did remains historical.H

It is alleged that he told tenants that the landlord had decided to demolish the building and that they were at liberty to take any item off the building they wanted.

Muhwezi states that he knows the combined damage of Byaruhanga and Masembe in pursuing fraud.

The Bush General has implored the Speaker to protect Karim kids from the marauding gang and to guard against growing impunity in the country.

Related Topics:Featured
Up Next

Coronavirus: Seven Zimbabwe babies stillborn in one night at hospital

Activists say the planned tourist train will harm the wildlife and natural features of the Yucatan Peninsula.