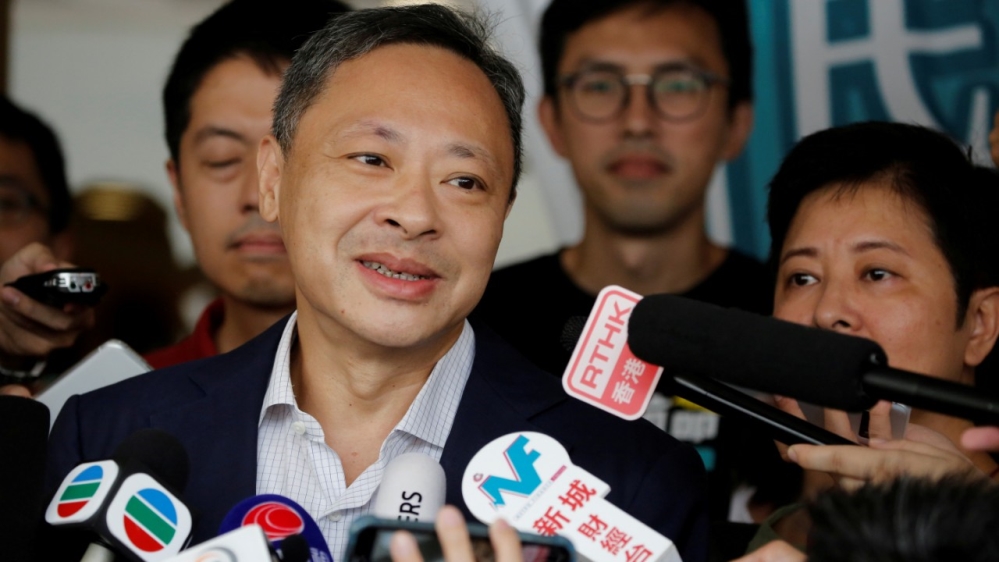 The University of Hong Kong (HKU) has fired veteran pro-democracy activist Benny Tai from his tenured position as an associate professor of law, a move he called “the end of academic freedom” in the Chinese-ruled territory.

Without mentioning Tai by name, the university said in a statement that it reached the decision “through a proper and lengthy process”, but one prominent pro-democracy observer warned on Wednesday that “without a free and independent” group of academic institutions, Hong Kong would “degenerate into a second rate city”.

Tai was a leading figure in Hong Kong’s 2014 “Umbrella” protests, which paralysed the city for 79 days as demonstrators took over major roads to demand greater democracy.

He was sentenced to 16 months in prison last year for two public nuisance offences, but released on bail pending an appeal – a conviction that prompted HKU to begin reviewing his position.

According to the Hong Kong Free Press, the university council voted 18-2 to remove Tai.

“It marks the end of academic freedom in Hong Kong,” Tai wrote on Facebook. “Academic institutions in Hong Kong cannot protect their members from internal and outside interferences.”

Tai was also singled out by Beijing officials this month for his role in helping organise an unofficial primary vote for the pro-democracy camp to select candidates for September’s elections to the city legislature.

The officials said the vote was illegal and potentially violated a new, sweeping national security law that many fear will erode freedoms in the semi-autonomous city, including those of the media and academia.

In a statement on Tuesday, the Hong Kong Liaison Office, Beijing’s main representation in the city, harshly criticised Tai saying that his sacking was “just an act of punishing evil, promoting good and conforming to the people’s will”.

Academic tenure used to be a safeguard for freedom. #CCP intervenes the institutions of higher education. Does Xi who follows the creed of Mao who hated the academia? Without free and independent universities #HK degenerates into a 2nd rate city. https://t.co/QH2LTX2z9O

Beijing and the Hong Kong government have said the law will not affect rights and freedoms, and that it is needed to plug security loopholes.

Meanwhile, Nathaniel Lei, the undergraduate representative of the HKU council, told reporters following the vote on Tuesday that the decision “was a blatant trampling” of academic freedom.

Joseph Chan, an HKU politics professor, was also quoted by news reports as saying that the university “sacrificed its reputation” with the move, adding that “it will not be able to hold its head high in the international academic community.”

On Monday, the Hong Kong Baptist University also announced that it was not renewing the contract of outgoing Legislative Council member Shiu Ka-chun, over his role in pro-democracy protests.