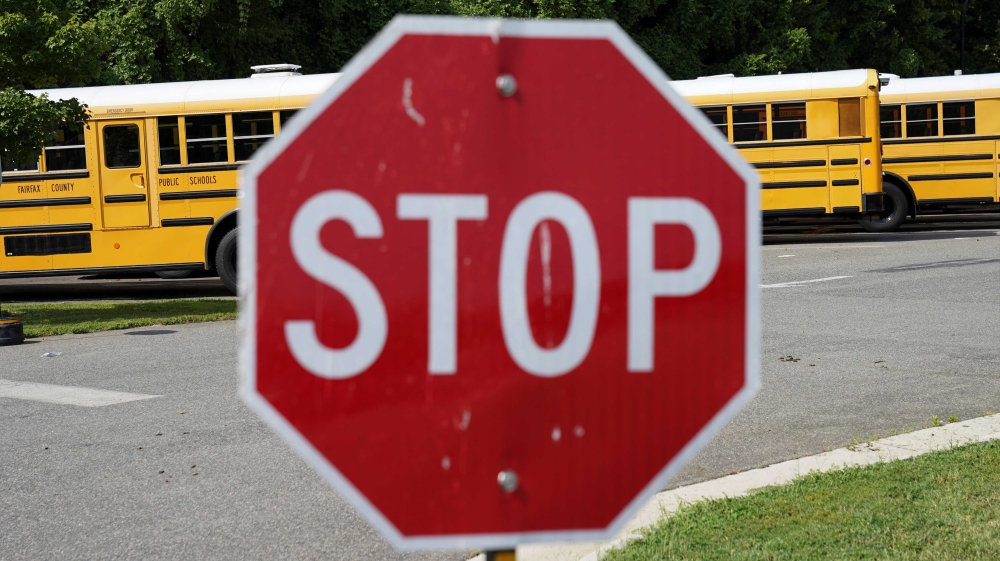 Racial inequality in the United States has become a defining feature of the coronavirus pandemic, according to recent data, in terms of its health and economic impact, as well as its effect on education.

As schools are set to reopen across the country in various forms, Black and Latino children will be disproportionally affected, regardless if schools remain physically closed or if they reopen.

According to recent polling by the Kaiser Family Foundation (KFF), children of colour are more likely to fall behind the longer they stay home from school because they have limited access to critical resources and their parents have more health and economic fears – raising concerns that the pandemic will only exacerbate inequities in American society.

Low-income children, who are mostly Black and Latino, struggle for access to computers and internet service. They also face pressures at home that wealthier, mostly white families do not. Black and Latino parents are more worried than white parents that their children will fall behind in school, and fear they will be unable to work, even from home, while supervising children.

A worker cleans the walls in a classroom at Freedom Preparatory Academy on May 18, 2020 in Provo, Utah. [George Frey/Getty Images/AFP]

Parents of colour are also more worried than white parents about losing the other benefits that schools provide, like social services and food.

With coronavirus infections still rising across many states in the country, many school districts are planning to start the school year either fully or partially online.

President Donald Trump, who is running for re-election in November, has made plain his desire to see schools reopen in the fall so that parents can get back to work and help the US economy bounce back after a shutdown caused by the coronavirus pandemic.

Last week, the Centers for Disease Control and Prevention issued new guidelines that strongly supported schools reopening this academic year, arguing children learn best when they are physically in their classrooms.

But many local leaders said the health risks are too great. Although children do not get particularly sick from COVID-19, less is known about how much they can spread it to others, raising worry about the health of teachers and school employees.

Further reflecting the disproportionate impact of the coronavirus pandemic on communities of colour, 91 percent said they are either “very worried” or “somewhat worried” about their child getting sick with coronavirus if they return to school this school year, compared with 55 percent of white parents, according to the KFF poll published on Monday. 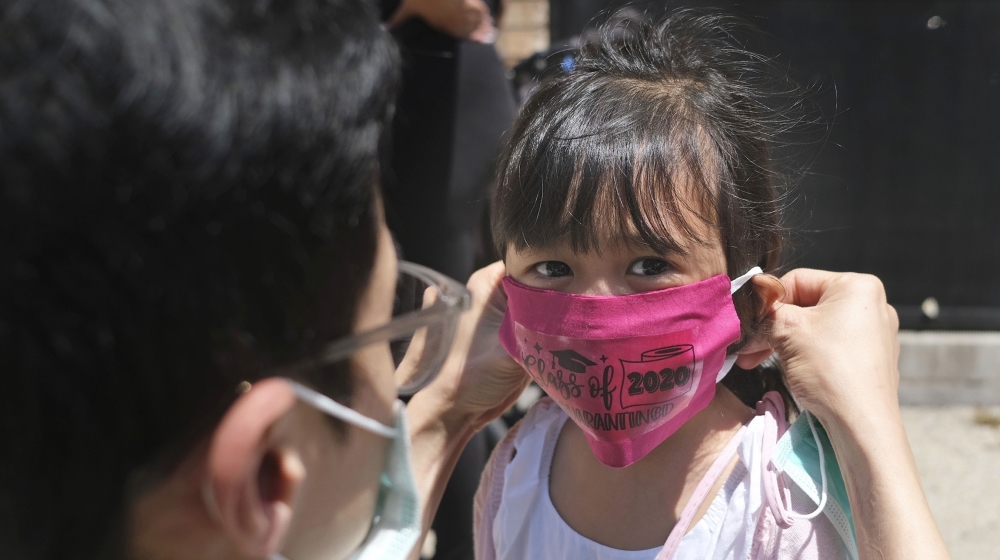 Olivia Chan’s father helps her with a new mask she received during a graduation ceremony for her Pre-K class in front of Bradford School in Jersey City [File: Seth Wenig/AP Photo]

There is also evidence that learning loss will probably be greatest among Black and Latino students, who are less likely to have access to high-quality remote learning or to a conducive learning environment, such as a quiet space, their own devices, high-speed internet and parental supervision.

According to an analysis by McKinsey, students will likely lose on average 6.8 months of learning if in-class instruction does not resume until January 2021. But Black students may fall behind by 10.3 months and Latino students by 9.2 months.

But as half-dozen US states reporting record numbers for coronavirus deaths, a bitter political debate is raging about the reopening of schools in the coming weeks.

While Trump and members of his administration continue to push for students to return to class, many teachers and local officials continue to call for online learning.

On Tuesday, one of the largest teachers’ union in the country, said it was authorising its members to strike if their schools plan to reopen without proper safety measures. 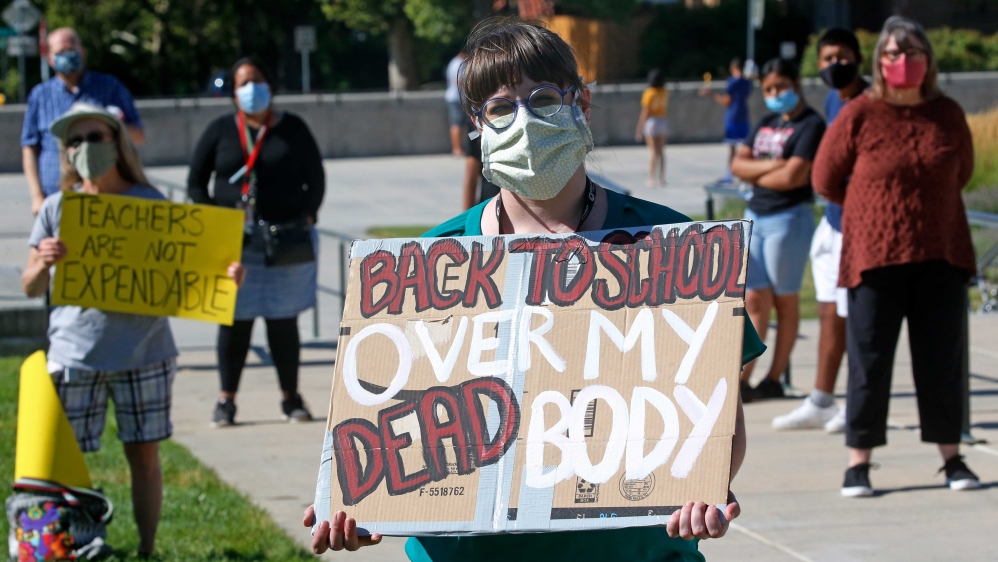 A high school teacher holding a sign during a protest calling for schools to enforce mask-wearing and to implement other safety measures in advance of schools reopening in Salt Lake City, Utah [AP Photo/Rick Bowmer]

“We will fight on all fronts for the safety of our students and their educators,” Randi Weingarten, president of the American Federation of Teachers, said during the union’s virtual convention on Tuesday. “But if authorities don’t protect the safety and health of those we represent and those we serve, as our executive council voted last week, nothing is off the table.”

The group said school buildings should open only in areas where coronavirus infections are low enough and if schools enact certain safety measures.

According to Johns Hopkins University, more than 4.3 million Americans have contracted the virus, and more than 149,000 have died, leading the world in both figures.

Further highlighting the tension around the issue, while school districts in Los Angeles, San Diego, San Francisco and Houston have announced they will all begin the school year online only, the Texas Education Agency, the state’s overseer of public education, said it would deny funding to schools that delay in-person classes because of orders by local health authorities related to the pandemic.