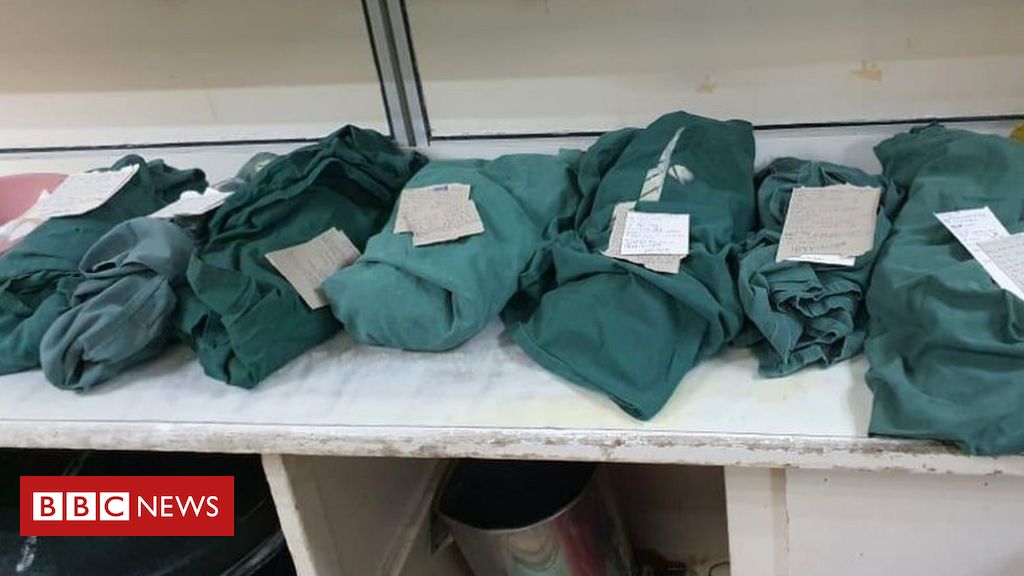 Seven babies were stillborn at Harare Hospital in Zimbabwe on Monday night after urgent treatment was delayed because of staffing issues, two doctors have confirmed to the BBC.

Nurses are on strike nationwide because of a lack of personal protective equipment (PPE) and other concerns, and the maternity wards were overwhelmed.

One doctor said Monday’s deaths were “the tip of the iceberg”.

The health sector has recently been hit by a Covid-19 procurement scandal.

It is alleged that multi-million dollar contracts were awarded to buy supplies at inflated prices – and the health minister has been sacked over the allegations.

A leaked government response to senior doctors, who wrote to complain about conditions and to threaten strike action, acknowledged “challenges” in hospitals, an “increase in poor outcomes” and a serious shortage of medical supplies because of a lack of foreign currency, but urged medical staff “to reconsider your intention of withdrawing services”.

The deaths at Harare Hospital first were first published by Dr Peter Magombeyi, who tweeted, “We have been robbed of our future, including our unborn babies. Please stop the looting.”

Two doctors with direct knowledge of the situation at Harare Hospital confirmed to the BBC that on Monday night eight Caesarean section operations were performed. Seven of the babies were stillborn.

“There was very, very late intervention,” said one doctor, speaking on condition of anonymity because he did not have official permission to talk to the media.

“Two of the mothers had ruptured uteruses and needed early operations. The other operations were done because of obstructed labour, but were not done on time so the babies died, stuck in their mothers’ pelvises.”

The doctor described “dire” scenes at Harare’s two main state hospitals, with only a handful of nurses and doctors at work because of a strike.

Many of the capital’s smaller clinics have also been affected, or closed, by industrial action which began in June, prompting many pregnant women to come to Harare Hospital, overwhelming the maternity ward.

“These are not isolated incidents. This is repeated every day and all we can do is watch them die. This is torture for the families, and for the junior doctors,” said a second doctor.

The doctors spoke of a serious shortage of PPE equipment as well as drugs to treat eclampsia, and blood supplies needed to treat haemorrhages during births.

“There is a skeleton nursing staff – mostly senior matrons who cannot go on strike. But they’re not able to cope,” said the first doctor.

“Doctors are trying, but they’re very tired. And junior doctors are not experienced in terms of identifying complications [during pregnancy].”

In a statement, Zimbabwe’s Society of Obstetricians and Gynaecologists described the situation in hospitals as “grave,” and “beyond dire”.

“Our women are suffering and we believe that all stakeholders, the government, medical practitioners, civil society and individuals must act to save the voiceless mothers and babies.”

There are rising tensions in Zimbabwe, with hyperinflation strangling the economy, and protests against Zanu-PF, the party that has run the country since independence, planned for Friday.

The Doormen of Egypt | Middle East