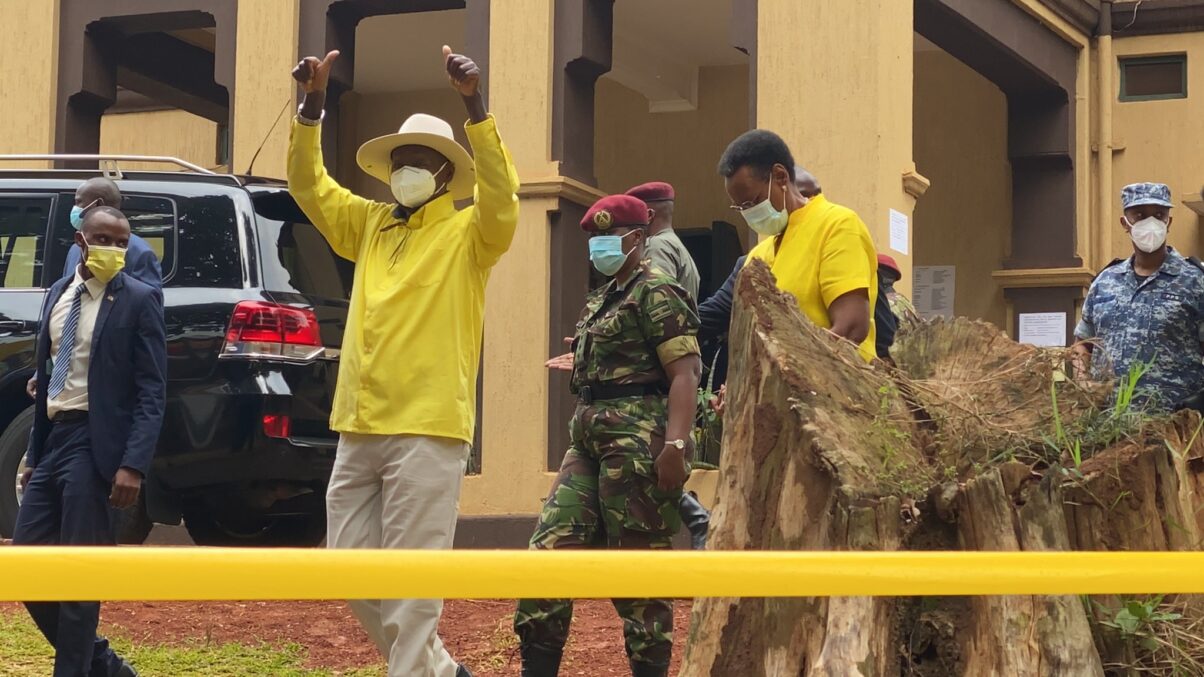 At least 2 members of staff at the National Resistance Movement (NRM) Secretariat on Kyadondo Road in Nakasero have tested positive for Covid19.

The two staffers have since been hospitalized at an undisclosed facility.

This development was confirmed by NRM Secretary General Justine Kasule Lumumba in a brief statement.

The results according to Mrs Lumumba, were confirmed this Wednesday morning before the duo was admitted to the Hospital.

“We are working with the technical people and further guidance to be given in due course. I urge everyone to stay alert, healthy and safe,” she said.

The president was there yesterday morning to be nominated as the flag bearer for the NRM in next year’s presidential elections.

It was not yet clear whether or not the unidentified staff members got in contact with the president or any of the State House workers.

NRM Spokesperson Rogers Mulindwa was not readily available for comment.

During the nomination exercise yesterday, President Museveni revealed that he had just tested negative for Covid19.

Museveni said he frantically took the test on Sunday after he suffered a our throat and subsequently lost his voice following a series of meetings that involved talking for hours in a mask.