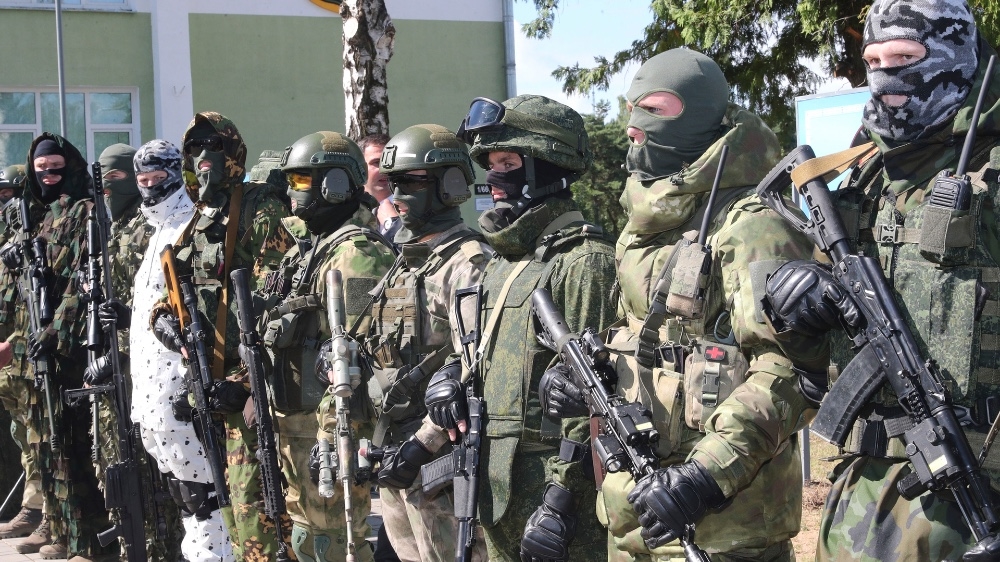 Belarus has arrested dozens of Russian mercenaries after receiving information that more than 200 fighters had entered the country to destabilise it before a presidential election, according to Belarusian state media.

Belta said Belarusian special forces had arrested 32 Russian mercenaries in the Minsk area and another person in the south of the country.

“The guests drew attention to themselves because they did not behave like Russian tourists usually do and wore military-style clothing,” Belta reported.

The group arrived in Minsk on July 24, it said, noting that each man carried small hand luggage only, but that the group had three big heavy suitcases.

State TV showed the men being arrested in their underwear and broadcast footage of one man’s belongings which included a Russian passport, military-style patches and US dollar bills.

Radio Free Europe noted that other belongings captured on camera included Sudanese currency and a Sudanese phone card, suggesting the men may have been en route to Africa.

The Kremlin and the Russian foreign ministry did not immediately react to the report.

The Russian embassy in Minsk said it had not received any official information about the arrest of Russian citizens, the RIA news agency reported.

Belarusian President Alexander Lukashenko is up for re-election on August 9, and faces his biggest challenge in years as public anger swells over his handling of the COVID-19 pandemic, the economy and human rights.

Security forces have broken up what they say are illegal protests in recent weeks. Last month, Lukashenko accused Russian and Polish forces of trying to discredit him. Russia denied the allegations.

Lukashenko, 65, has accused opposition protesters of plotting to overthrow him.

Russian private military contractors have clandestinely fought in conflicts including in Syria, Ukraine and Libya. The Russian state denies it uses mercenaries.