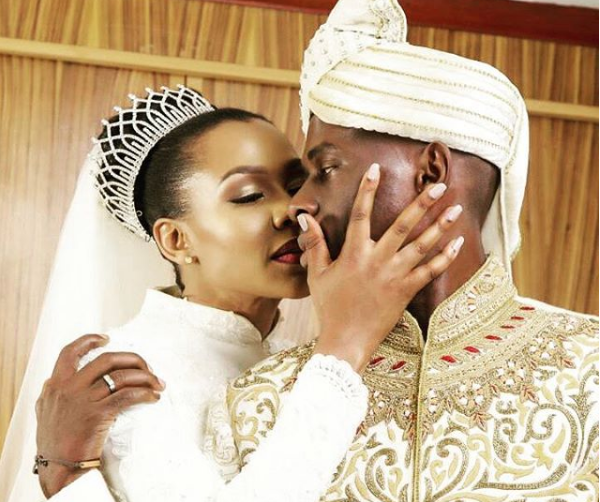 A ‘perfect marriage’ is just two imperfect people who refuse to give up on each other because love is composed of a single soul inhabiting two bodies.

The couples that are ‘meant to be’ are the one who go through everything that is meant to tear them apart and come out even stronger than they were before.

Kampala City Tycoon, Sulaiman Kabangala Mbuga aka SK Mbuga is not willing to drop his strong affection for wife, Vivienne Birungi Chebet Mbuga despite being at bitter ends for quite some time.

In the message, Mbuga heaps lover with charming words that symbolize her as a distinctive woman in the world.

Mbuga’s adorable message to his baby mama pop-in barely a month ever since she accused him of domestic violence.

Vivienne’s claims were successfully matched right by the public especially after recalling rumors about the couple’s brawl when Mbuga returned from jail last year.

The couple has been married for over 5years now and are raising three children together.