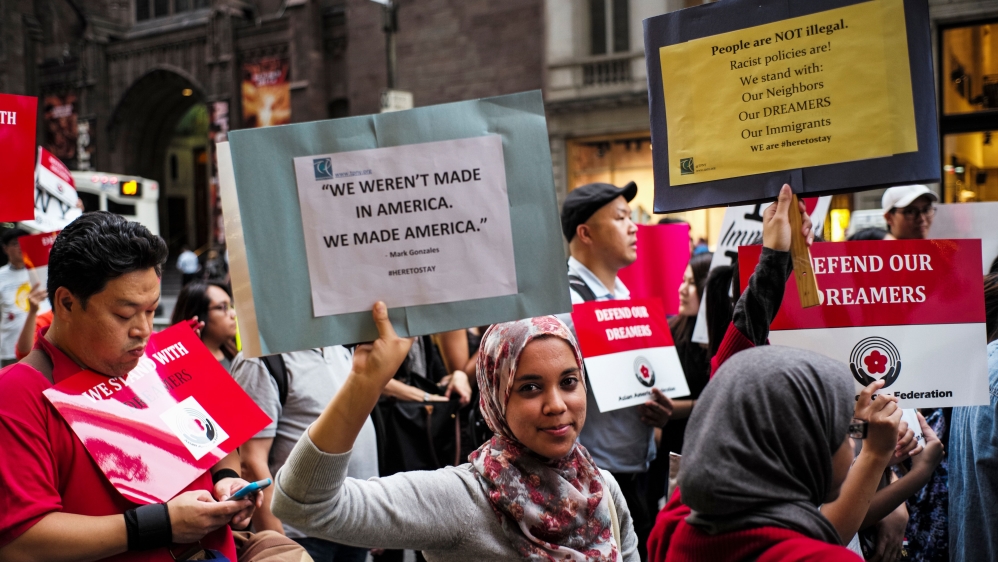 The administration is preparing a fresh attempt to end the programme that shields from deportation hundreds of thousands of immigrants living in the US without documentation after entering as children – a group often called Dreamers.

The review follows the high court ruling last month that found the administration had erred in the way that it had decided to end the Deferred Action for Childhood Arrivals (DACA) programme in 2017. DACA was put in place by former President Barack Obama and currently, some 644,000 immigrants are enrolled.

The administration plans to continue its existing policy of not accepting new DACA applicants, a policy in place since 2017, a senior administration official told Reuters.

But the administration will extend the eligibility by a year for those DACA immigrants whose protection from deportation was due to expire, as long as they do not have a criminal record, the official said.

“For anyone who refiles, if they are eligible and were set to expire, we will renew them on a case by case basis into the next year for an extension,” the official told Reuters.

The decision means the programme will remain in place through the November 3 presidential election, in which Trump is fighting for a second term against Democrat Joe Biden.

Trump has made his hardline stance on both legal and illegal immigration a central platform of his presidency and his 2020 re-election campaign, but DACA is a complicated issue for him because of increasing public support for the programme.

The Supreme Court left the door open for Trump to attempt again to rescind the programme, ruling only that the administration had not met procedural requirements and its actions were “arbitrary and capricious” under a federal law called the Administrative Procedure Act.

The administration is due to file paperwork with the district court in Maryland on Tuesday clarifying its plan.

The decision to not accept new applications will likely face more legal challenges.

“We’re going to review all of that and all the underlying communications that informed those documents, so that when the administration next acts on DACA, it will be anchored on this comprehensive review,” the official told Reuters.

The official said it was unclear how long the review would take, but a report from The Hill said it will take 100 days.

Trump, in an interview with US Spanish-language channel Noticias Telemundo earlier this month, said he would soon unveil an immigration measure that he said would include some protections for DACA.

“We’re working out the legal complexities right now, but I’m going to be signing a very major immigration bill as an executive order, which the Supreme Court now, because of the DACA decision, has given me the power to do that,” Trump said.