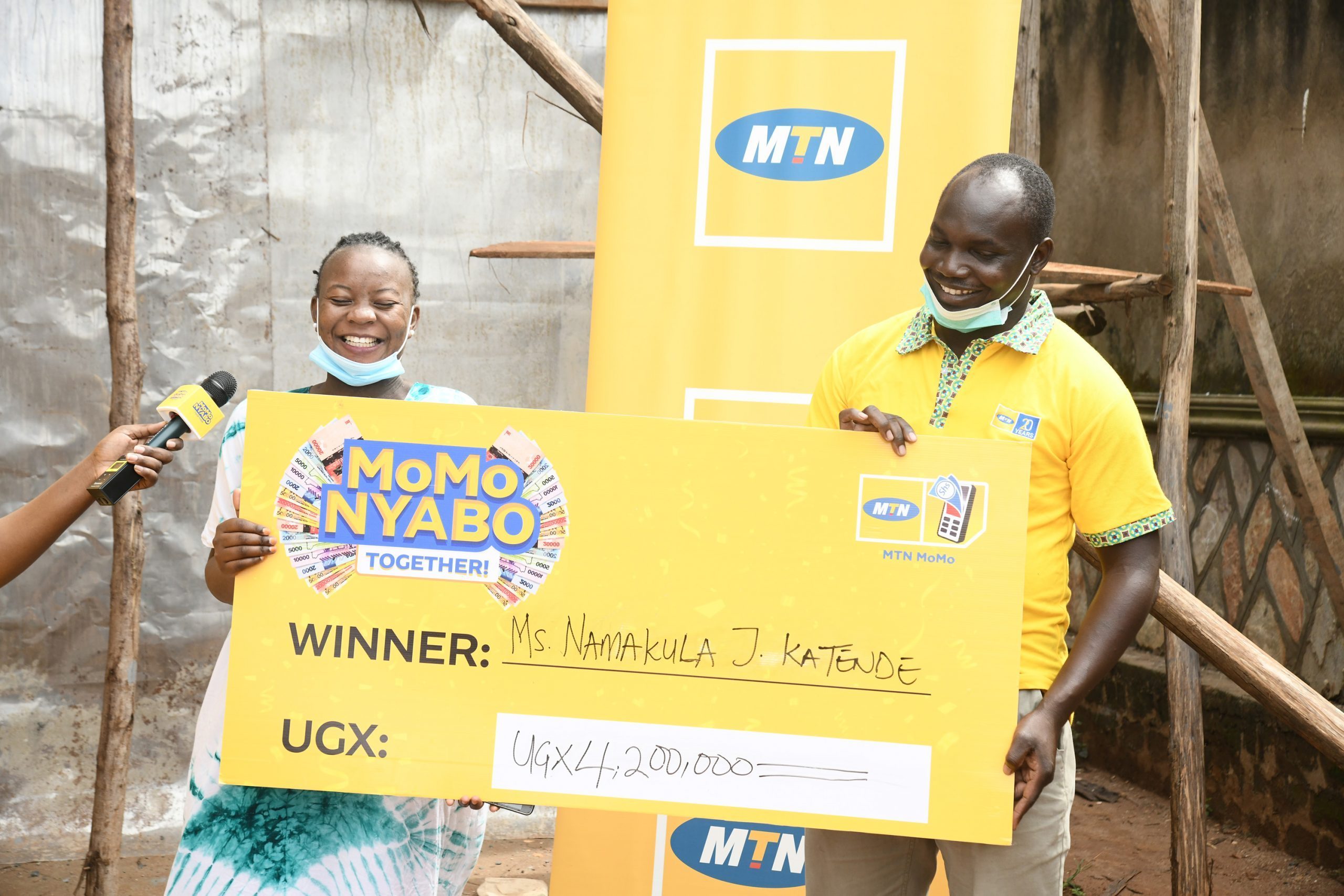 Janat Katende Namakula who won a whooping Ugx 4,200,000shillings with the on-going MoMoNyabo Together promotion was overjoyed when she was told about her fortunes.

Namakula a shoe business owner at container village said she had been suffering during the last five months. The mother of two, with a third child on the way has not been working.

“We haven’t been working yet our landlords expect us to pay rent. With this money, I will be able to pay my rent arrears and use the rest as capital for my business seeing as businesses are starting to slowly pick up,” Namakula said.

Since MoMoNyabo Together is all about sharing, winners were given an opportunity to share the money they won and Namakula without hesitation named her mother as a beneficiary.

“I would love to share this blessing with my mother because she is one of the people I love most in this world,” said Namakula noting that her mother would also use the same money to revamp her business that was equally affected by the Covid19 lockdown.

Gyagenda Ronald was another winner. He is a compound designer and won himself 4,200,000 Uganda shillings.

The young man living in Kanyanya could not hold back his excitement as he sighed with relief knowing that he was a lucky winner of the MoMo Nyabo Together promotion.

“I intend to buy a machine that will ease my work as well as acquire certain building materials,” Gyagenda said when asked on what he intended to use this money for. He went on to say that it’s unbelievable how overnight one’s life can change.

“I woke up a broke man with many troubles now look at me a millionaire,” he said.

To enter the draw, MTN customers can use the MyMTN app or dial *165# to buy airtime or data including paying for many other services using MTN MoMo and MoMoPay.

Two lucky winners shall be contacted every weekday on NBS TV and Bukedde TV during the MoMo Nyabo Together TV show.

Apart from this, 250 other MoMo users will win UGX.50,000 shillings every day that will be directly transferred to their MoMo wallets.