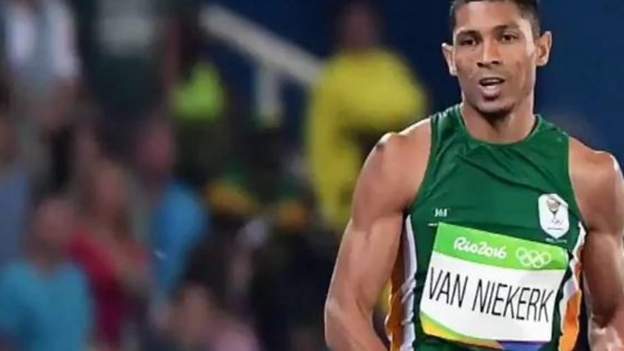 How Wayde van Niekerk broke the men’s 400m world record at the 2016 Olympic Games – one held by a true athletics legend.

Kasese district COVID-19 task force has directed that all burial ceremonies in the district take place before mid-day to minimise human interaction.

The order follows an upsurge of coronavirus disease cases in the district as the country continues to battle the second wave of the pandemic. Kasese district has recorded more than 160 positive COVID-19 cases and 4 deaths since the second wave began last month.

Last week alone, the district registered 72 cases with five referrals. Joshua Masereka, the Kasese deputy resident district commissioner, says to limit the infections, they are trying to limit the time people spend on burials as a measure of enforcing the standard operating procedures (SOPs).

He says that longer burial ceremonies often attract high numbers of people, allow a lot of time for interaction and violation of other procedures like social distancing. Masereka says that the burial time restriction applies to COVID-19 victims and other deaths.

Gregory Kombi, the Bwera sub-county chairperson LC III has welcomed the directive, noting that people have deliberately failed to comply with the burial guidelines issued by the president.

Jackeline Masika, a resident of Kasese questioned the relevancy of the directive by the task force if the numbers of mourners have already been restricted to 20 people. He says close relatives from far distant places are already barred from travelling to send off their loved ones and hence it makes no sense to define the burial times.

Dozens of wildfires were burning in hot, dry conditions across the western United States, including a blaze touched off by lightning that was moving towards northern Arizona’s largest city.

The mountainous city of Flagstaff was shrouded in smoke Monday. The national forest surrounding it announced a full closure set to begin later this week — the first time that has happened since 2006.

Intense heat that has hampered firefighting efforts more broadly was expected to moderate in the coming days. But, the National Weather Service noted it could bring uncertainty for fire crews.

“The humidity and the possibility of some scattered rainfall is a good thing,” said meteorologist Andrew Taylor. “The lightning is not a good thing.”

In California, firefighters still faced the difficult task of trying to contain a large forest fire in rugged coastal mountains south of Big Sur that forced the evacuation of a Buddhist monastery and nearby campground.

In New Mexico, lightning-sparked blazes have been scorching the southern part of the state where a large portion of the Gila Wilderness remains closed, and fire officials are closely watching the Gila Cliff Dwellings National Monument.

More land has burned across Arizona so far to date with new wildfire starts quickly shifting resources. While humans are to blame for an overwhelming majority of wildfires, lightning started a 80sq-km (31sq-mile) blaze west of Sedona that was moving towards Flagstaff, called “the Rafael Fire”.

A top-tier management team had been ordered to oversee the blaze that is burning in grass, juniper, chaparral and ponderosa pine.

Some campers already evacuated, and residents of rural areas have been told to prepare to evacuate on a moment’s notice, said Coconino County sheriff’s spokesman Jon Paxton.

Due to the Rafael Fire, all areas south of 1-40, west of I-17, including University Heights, Kachina Village, Forest Highlands, Pine Dell, and Woody Mountain Road are now in SET status.  Begin preparing for possible GO order to EVACUATE.
THIS IS NOT AN EVAC NOTIFICATION.

If the fire continues its northeastern push, hundreds of people in Flagstaff — a college city about two hours north of Phoenix — also could be affected, Paxton said.

Fire officials were mapping out a plan to starve the Rafael Fire of fuel as it moves through rugged terrain, canyons and wilderness, said fire information officer Dolores Garcia. As of Monday, it was moving parallel to Interstate 40 along the Coconino and Yavapai county lines.

The 7,283sq-km (2,812sq-mile) Coconino National Forest, a popular area for camping, hiking, boating and fishing, is shutting down Wednesday because of concerns it will not have enough resources to respond to any future wildfires.

The forest has only partially closed in recent years because of wildfire danger.

Arizona is at the highest level of preparedness for wildfires. A large wildfire burning near Superior, about 97km (60 miles) west of Phoenix, was nearly 70 percent contained Monday. The 730sq-km (282sq-mile) blaze was human-caused.

Residents near the small communities of Pine and Strawberry remain evacuated because of another wildfire that has hopped among treetops, with flames jumping ahead carried by wind. Some local roads also were closed.

Firefighting crews have yet to contain any of the wildfire’s perimeter. The lightning-sparked blaze was estimated at 132sq km (51sq miles) Monday and is being managed by a top-tier team.

In Utah, several wildfires were burning in bone-dry conditions. The largest near the small town of Enterprise in southern Utah forced evacuations during the weekend. But homeowners were allowed to return as containment reached 50 percent.


What has been heralded as a true test of democracy in Ethiopia, the twice postponed elections finally took place in the shadow of a pandemic, internal struggles in the country’s northern state of Tigray and boycotting by some of the country’s biggest opposition parties.

This poll is Prime Minister Abiy Ahmed’s first electoral test since coming to power in 2018.