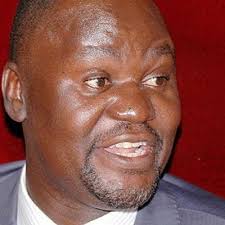 The in-fights within the Forum for Democratic Change party could undermine the good work of Committee on Commissions, Statutory Authorities and State Enterprises (COSASE).

Just months after assuming the office of Leader of Opposition in Parliament, Ms Betty Aol wants to assert her powers but the assertion could as well undermine the already fragile internal politics within the FDC given that just months, former party leader, Maj. Gen. Mugisha Muntu and a host left for a new party.

Ms Aol wants to have control of the party wing at parliament and that means she must have troops that are loyal to her but at whose expense does she serve? Is it for the party or the country that pays her and her colleagues? Basing on the above, Ms Aol ought to appreciate the played by other players before she was named in as LoP. Her current showdown with the Speaker over whether to extend the tenure of COSASE is basically looking at two people, Abdu Katuntu and Anite Among.

The party differences shouldn’t be dragged to parliament at the expense of national interests. The recent change of Commissioners in parliament from being appointed by party to election could justify why party interests should suffocate national interests.
Ms Aol, named Kawempe South legislator Mubarak Munyagwa as the chairperson of COSASE with Rubaga North’s Moses Kasibante as his deputy, However, the changes are good for the operation of the party and opposition in general as they show maturity and rotation of leadership roles. Nevertheless, Ms Aol should not be used to target moderates that don’t entirely agree with the status quo at Najjanakumbi.

Why would LoP refuse to grant extension of time for the committee to accomplish its work even after the Speaker of Parliament has requested? The Katuntu, Anite Among plus other committee members should be granted an extension to finish their work without necessarily indulging the Munyagwa committee into affairs they didn’t start.

Could FDC be playing in the hands of Bank of Uganda? The acts of LoP can indirectly mean that as a party, FDC isn’t interested in positive results but just having another of their own to steer the committee. The fact is that Abdu Katuntu like any other person has short comings but those short comings shouldn’t be used to purge him and his committee at the crucial time.

Despite the two sides having arguments over the extension of the committee, Katuntu has emerged as one the best level coolheaded legislator in handling matters related to investigations and whether the executive and parliament implements or doesn’t, that is none of his business because his is to see through the inquiry and make recommendations.
Yes, Munyagwa isn’t being loathed because of him being a failure but it isn’t good for him to start from nowhere especially on a matter like BoU probe.
Katuntu is leading the probe into BoU’s closure and sale of seven commercial banks following an Auditor General report that pointed and possible corruption among BoU officials and beneficiaries of the takeovers.

The banks are Teefe bank, International Credit bank ltd, Greenland bank, The Cooperative bank, National Bank of Commerce, Global Trust bank, and Crane bank.
The probe discovered that some banks were sold via mobile phone, using archaic laws and passing on “confidential information to would be buyers. In the case of Crane Bank, Shs478 billion was spent by BoU to keep the bank operational for three months before it was taken over by Dfcu Bank. The same bank needed a capitalisation of Shs157 billion.

Whether Katuntu or Munyagwa, what is needed is fine report at the end of the day.

Amanya Mushega hits at Besigye, tells him to tolerate views of other FDC members