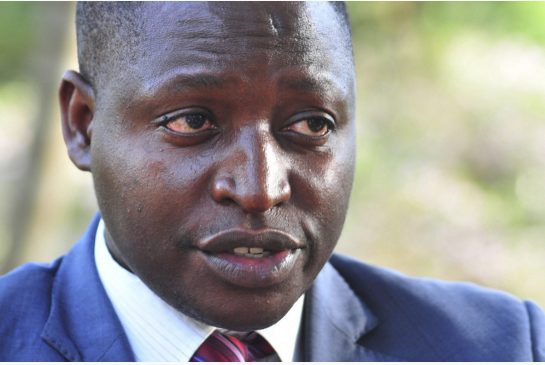 The Finance Ministry, David Bahati says, Uganda’s public debt sands at Shs41 trillion, which is an equivalent of US$10 billion.

In a statement he read to Parliament last evening Bahati, said the debt stock has piled from US$2.5 billion in the 2006/2007 financial year to US$10.7 billion by the end of the last financial year.

He however blamed of the rising debt on the near stagnant tax collection by the revenue collection body, URA. He said by June 2018, the total debt amounted to US$10 billion, with external debt accounting for 67 per cent.

“Our tax base is not growing at the same rate, putting the tax to Gross Domestic Product (GDP) ratio at 14.3 per cent,”

Domestic debt, he added, stands at 32.4 per cent, most of which is drawn from local commercial banks. The public debt as a percentage of the entire economy is 30 per cent, a figure the Opposition is reluctant to believe.

Bahati said the debt, finances the Energy, Works and Agriculture sectors, which are critical in spurring economic growth.

Chief Opposition Whip, Ibrahim Ssemujju, criticized government over what he called ‘lack of prudent financial practices’, which he said is responsible for the growing public debt.

“After borrowing this money, and we see the way His Excellency the President is throwing money at youth groups…you just need to be prudent on the way you spend money,” said Ssemujju.

MP Nandala Mafabi (FDC, Budadiri West) said government should present a gross loan request at once during the consideration of the National Budget rather than bringing piecemeal requests to the House.

He said the practice fuels racketeers and loan sharks who he said inflate the cost of public projects with the hindsight of the loan figures passed.

“As soon as we pass a loan, the first people to celebrate are the sharks out there…if we put in a basket fund, the bids will not be expensive,” said Nandala Mafabi.

Deputy Speaker, Jacob Oulanyah, referred the statement to the Committee on National Economy, criticizing a section of MPs for trivializing the debate.

“The challenge that I face when presiding here is killing debate…just see the way we are proceeding now, we make these issues so trivial yet they are very serious,” said Oulanyah.

100 to receive medals at 56th independence celebrations in Kyotera